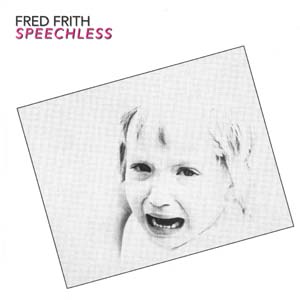 Fred Frith's reputation as one of our time's most innovative guitarists goes far beyond his involvement in the 'Canterbury scene'. From his early days in Henry Cow (and his collaborations with Robert Wyatt, Mike Oldfield, etc.), Frith has moved on to a variety of projects, as leader, band member or sideman, which all call upon his imitable skills as experimentator.

Fred Frith was born in Heathfield, Sussex, in 1949. His first instrument was the violin, which he abandoned after ten years, at age 15, in favour of guitar, much more prized on the emerging underground rock scene. He soon joined a local Shadows copyband, the Chaperones, but his musical influences at that point already exceeded basic rock'n'roll, as he developed an interest for such genres as folk, classical, ragtime and flamenco, not forgetting traditional Japanese, Indian and Balinese music.

In 1967, Frith discovered the music of John Cage and, a little later, that of Frank Zappa. In 1968, he formed Henry Cow with fellow Cambridge University student Tim Hodgkinson. With a line-up that, at various times, included John Greaves, Chris Cutler, Lindsay Cooper, Dagmar Krause, Geoff Leigh and Georgie Born, Henry Cow would last a full decade, releasing six albums (including a double live set and two collaborations with Slapp Happy) until its ultimate breakup in 1978.

At that point, Frith had already started collaborating with various other innovative musicians, among whom Robert Wyatt (most notably on Ruth Is Stranger Than Richard), Brian Eno, Henry Kaiser, Eugene Chadbourne, Derek Bailey, Hans Reichel, etc. He'd also gained a reputation as a solo improviser on the guitar with his series of Guitar Solos albums. Yet links with former Henry Cow colleagues were retained through the band Art Bears, a trio with Chris Cutler and Dagmar Krause.

Moving to New York at the turn of the decade, he worked with the Muffins, formed the trio Massacre with ex-New York Gong members Bill Laswell and Fred Maher, and released several solo albums with backing by members of the Muffins as well as the Swedish band Samla Mammas Manna and the French Etron Fou Leloublan. One of his most innovative projects during that period was the two-man band Skeleton Crew (later augmented to a trio with the addition of harpist Zeena Parkins) with cellist/multi-instrumentalist Tom Cora.

Other collaborations since have included a couple of albums with a quartet also including Henry Kaiser, John French and Richard Thompson, a stint as bass player in John Zorn's band Naked City, improvised music with former Henry Cow colleagues Chris Cutler and Tim Hodgkinson as well as Lol Coxhill, and a string of solo projects.
Вернуться к началу